A new report from Warwick University, supported by the CAGE Research Centre, suggests that people in East Lothian are already worse off by an average of £273.54 per person, and East Lothian as a whole is over £28 million worse off because of the Brexit vote. 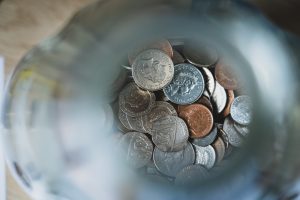 The report uses figures that run up to the end of 2019 and therefore do not take into account the COVID-19 Pandemic, however the report does claim that “there is some evidence suggesting that COVID19 may exacerbate the regional economic impact of the Brexit-vote to date.”

The report came as Prime Minister Boris Johnson visited Scotland to attempt to shore up support for the Union in light of apparent majority support in Scotland for Independence, with recent polls suggesting 54% of the population would vote Yes to independence in a new referendum.

The sad fact that East Lothian and Scotland are worse off because of Brexit is not a surprise.  We knew this would be the case – that’s why the people of East Lothian voted overwhelmingly against it.

What is shocking though is the scale of the damage already done to our economy.

Although we formally left the EU last year, we are still in the transition period and as such nothing has significantly changed in our relationship.  The UK Government’s reckless decision not to extend the transition period because of the Coronavirus pandemic, and it’s pathetic politicking means that time is running out to secure even a basic trade deal.

We are already economically worse off because of the UK Government’s decisions and yet here we are, in the middle of a global pandemic, facing a harder Brexit than was ever mooted during the campaign or – even worse – the spectre of No Deal once again rising up.

East Lothian was one of the top five strongest remain votes in Scotland.  Scotland as a whole voted 62% to remain in the EU.  Almost three quarters of East Lothian voted against the Conservative party’s Brexit plans at the 2019 election.

Colleagues in both parliaments across parties will be working to mitigate this damage, but faced with the size of the UK Government majority in Westminster it is difficult to see what can be done in the current constitutional set up.