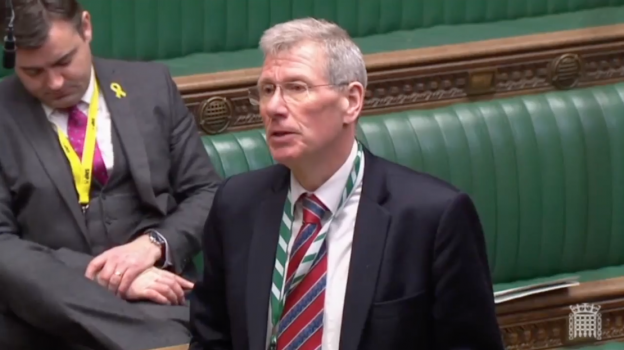 Speaking in Labour’s opposition debate on the industrial future of Britain I once again stated the huge offshore wind potential in Scotland. Even Boris once described it as the Saudia Arabia of wind. If Scotland can do from wind what Saudi Arabia has done from oil, I’ll be very happy. Contracts? jobs? It’s just absurd. More here 👇 https://youtu.be/7yLTHsJFTuM

Speaking  (Wednesday) in a Westminster Hall Debate on Direct Ferry Services between Scotland and Mainland Europe, Kenny MacAskill MP will call on the Scottish Government to establish a Ferry Route Development Fund and will accuse Scottish Ministers of being less radical than former First Minister Lord Jack McConnell who established the air route development fund.  He will also call on the UK… Read more »

Global warming is the issue of our time. It challenges not just humanity, but every other species – it is not just us ourselves that live on this planet. We are doing incredible harm to animals and wildlife that lack the consciousness of what will become of them thanks to us. Watch my contribution to the debate below.

My speech on opposition of the Nationality & Borders Bill (second reading). I am concerned about the manner in which immigration policy is being taken amongst the most vulnerable.

My speech for the Voter ID debate which took place in Westminster Hall. 50 years of political experience tells me that it is not necessary.

My speech on International Aid debate. I voted against the proposed cuts, but shamefully those on the Tory Benches voted it through. We are all part of the human race and need to protect everyone. By protecting everyone we are protecting ourselves.

I outlined to Mr Gove that whilst polled public attitudes towards the Union may be hidden, the private attitude by the Prime Minister to devolution is clearly known and hostile. The choice for Scotland is between an integrating Union under the Tories or independence. Know which option I would prefer!

My question to the Attorney General asking for a commitment that bloggers are equally entitled to protections afforded to the mainstream media.