My column in this week’s East Lothian Courier:

East Lothian isn’t just proud of its beaches but famed for them. It’s one of the reasons that day-trippers and holidaymakers come to the county. The sands are remarkable and a source of enjoyment for locals, as for visitors. But pollution and litter is a growing concern. For it’s not just in our communities or at our roadsides but on our foreshores and even in our seas that rubbish is mounting. Discarded litter and detritus washed ashore isn’t just ugly but can be dangerous for humans and animals. That’s why action needs taken. I’ve had it raised by constituents rightly angry about their locality and I’ve received briefings in Parliament about global concerns. Whatever challenges we face on our own sands and in the Forth and the North Sea, it’s like nothing compared to the floating islands of debris that are threatening seas in the Southern Hemisphere. They are truly shameful, but their distance doesn’t mean that they’re not a threat to us, as they are. The pollution there can enter the food chain and in any event, some may even have been cast aside by us but transported to foreign shores for them to deal with. We share the one planet and need to address what threatens it, wherever it’s happening. That’s why taking action to protect our beaches and our seas is as important as preserving the habitat on land. We can no more allow the oceans to be polluted than the Amazon to burn. It’s not just failure to look after the sands but what’s swept ashore. Walking on an isolated beach in the Western Isles, I recall sadly seeing plastic and other human discard strewn about. Next stop was Newfoundland, but it had washed up all the same. That’s why I’m supporting calls in Parliament for the UK to push for greater protection for our seas. International agreements need made. But as if with all environmental matters, it’s “think global, act local.” We all need to do our bit to protect our beaches. 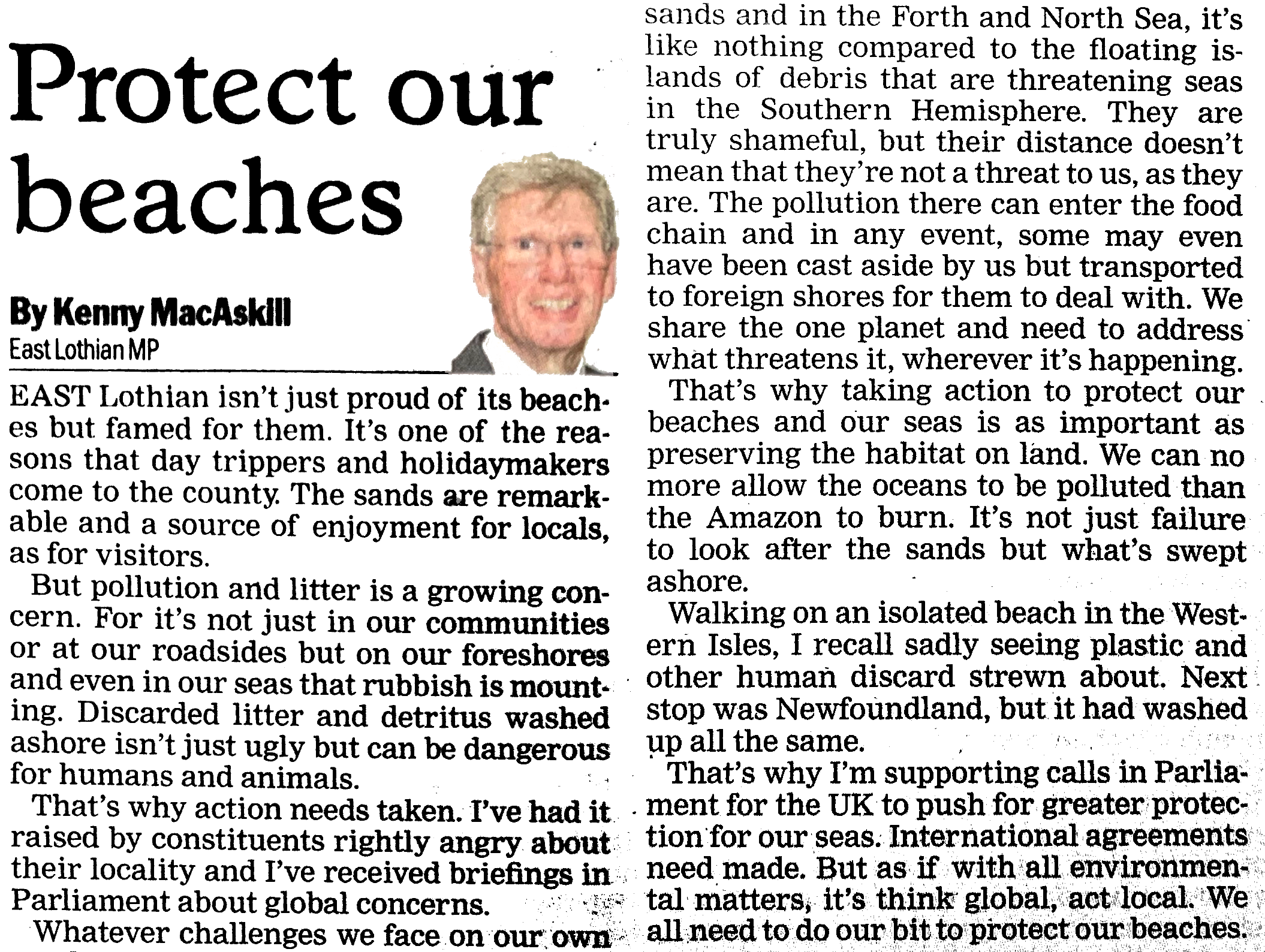